The corrupt Albanian Government driving country away from EU integration and destabilizing the Balkans! 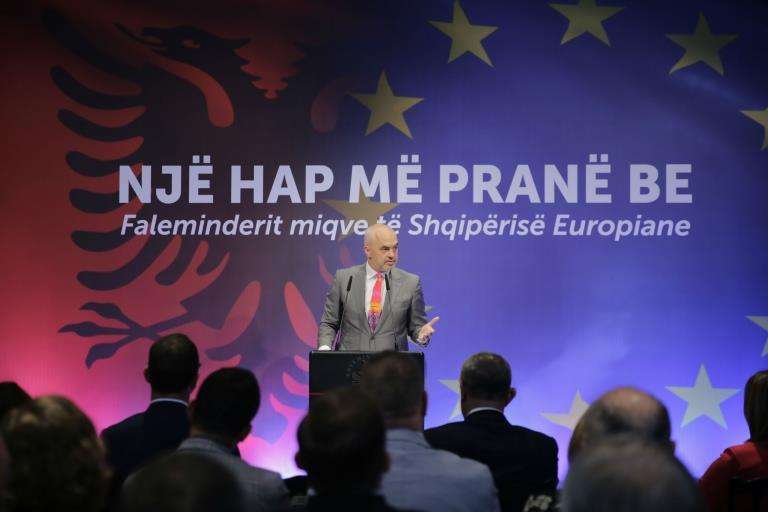 The most prestigious international institutions that measure the level of democracy, corruption and the rule of law, rank Albania as the most corrupt country in Europe; number one producer and trafficker of drugs in the continent; with organized crime sitting comfortably in governmental offices; with a Communist-like party that controls the central and local government, as well as Parliament.

Few years ago, before the Socialist majority came to power, Albania was so close in its efforts to join the EU. Presently, it is risking the entire EU integration process, due to a corrupt, irresponsible and incompetent government.

Recently the European Parliament convened in an unprecedented extraordinary plenary session to discuss the situation in Albania. The MEP-s were furious on a serious of violations from the Albanian government and the anti-democratic governance of PM Edi Rama.

The rapporteur for Albania in the EP, David Lega, expressed very harsh criticism on the government and Prime Minister Edi Rama stressing, among other things, that "Rama is very harsh with journalists, but very gentle with traffickers." "Without changing this approach," according to him, "there is no opening of negotiations."

Meanwhile, MEP Michael Gahler, spokesman, and from the german CDU, stressed that there is no information on what is being done with the criminal files 184 and 339 for the buying of votes during 2015 and 2017 elections, in which are involved the Durrës gangs including former mayor Vangjush Dako, former minister and presently a MP of socialist party Damian Gjiknuri, even Premier Edi Rama himself caught in a wiretapping, exposed by the german media BILD.

In this EP session Lega and Gahler said that without investigating and fighting crime and corruption which are 2 of the 15 conditions for Albania's opening of the negotiations, then Albania will not open them if it does not meet the conditions before the First Intergovernmental Conference.

On March 25, 2020, the European Council presented 15 conditions for the accession of negotiations of Albania with EU. These conditions demonstrate the poor state of democracy and rule of law in Albania. Ironically, the government that degraded the country in such a state of corruption and dictatorship is given the task to undertake huge democratic steps, including free and fair elections.

The government that left the country for about three years without a Constitutional Court and a High Court, that did everything in its power to capture the judicial system, has to do its outmost efforts to assure an independent judiciary. The government that held e mono-party elections on June 30, 2019, without a race, with only socialists candidates that ran unopposed, has to assure free and fair elections. The most corrupt government in Europe has to combat corruption. The mafia state is asked to bring to justice organized crime that helped it come to power.

With such a government and the clock that is ticking the chances for Albania to join the EU are not only distant, but they seem impossible.

Albania is also holding back North Macedonia's integration process, risking decoupling of these two countries bringing negative effects on the Western Balkans. North Macedonia accepted a transitional government and will head for elections very soon. The outcome of those elections will mace North Macedonia even stronger, and the leadership and responsible approach of former prime minister Zoran Zaev, as well as the opposition parties, will benefit the country and the integration process, strengthening its ties with NATO and western allies.

But, instead of following North Macedonian example, Edi Rama is persevering in stopping the integration process, sabotaging any electoral reform, risking decoupling with North Macedonia, and destabilizing the western Balkans region.

The hunger for power of a single man holds hostage the european future of his people.

In a modern world of progress and innovation old dictatorships like the one in Albania are thriving. The poorest country in Europe is governed by the richest politicians in the the continent. While people aspire for freedom and democracy the mafia state in Albania is driving the country away from the European Union, with the sole purpose to last his priviledges and dwell longer in the obscurity of a dictatorship regime.

OSCE appoints Albanian observer for the local elections in Himara